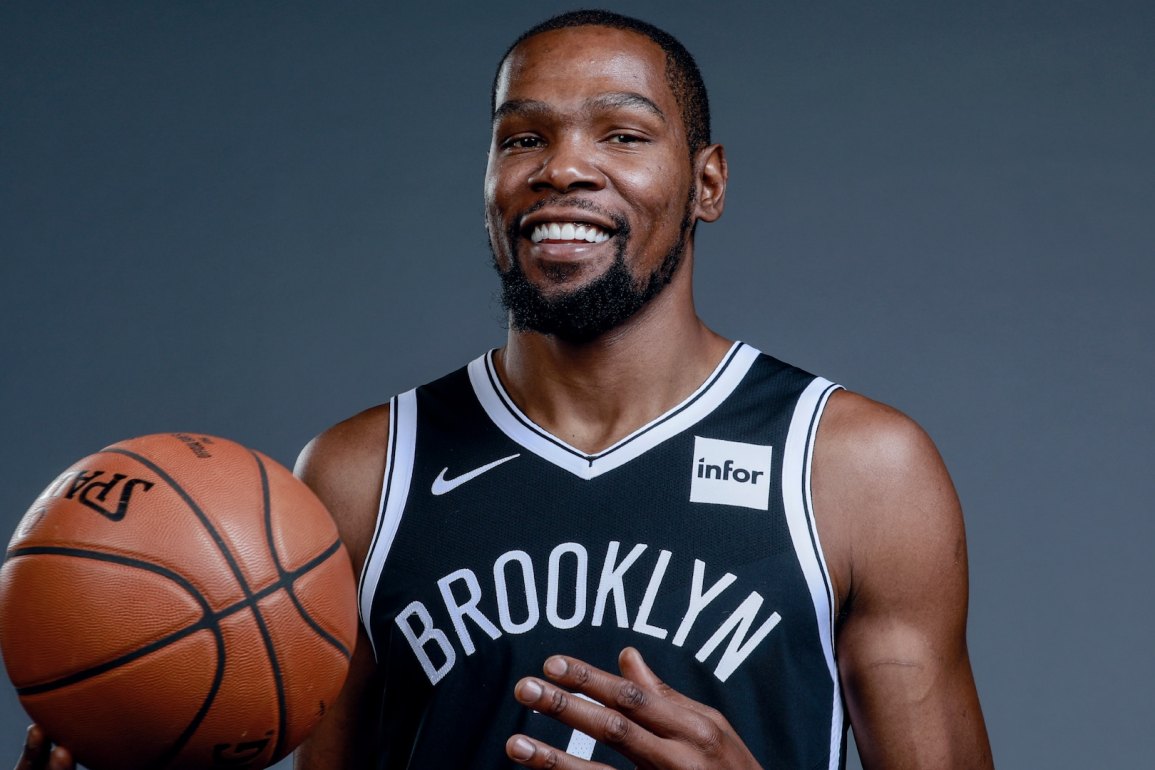 Although the current Covid-19 pandemic drastically reduced sporting events around the world. It was public and notorious to observe the stadiums and sports squares completely empty, however, some athletes continued to fatten their bank accounts.

In this sense, many athletes completed a record year in their income, and in fact, both the footballer and the highest paid NFL player of all time made a good part of their fortunes during the last year, mainly due to advertising contracts. and sponsorships by private companies.

The following information was obtained from Forbes magazine, which categorized the athletes based on the cash income, salaries and bonuses obtained by the athletes during the period between May 2020 and May 2021.

On the other hand, off-court earnings represent estimates based on endorsements, licenses, appearance fees, and cash collected from any other business that occurred during the past 12 months.

Kevin Durant is an NBA Player who belongs to the Brooklyn Nets team. Throughout his history he has been an NBA champion, world champion and Olympic gold medalist, and is currently considered one of the best basketball players in the world.

Off the court, Kevin Durant has ventured into several businesses such as the venture capital firm Thirty Five Ventures which has achieved an investment portfolio in more than 60 companies, standing out among them, Lime, The Players Tribune, Robinhood , Postmates and Coinbase.

Tom Brady is an American football player who belongs to the Tampa Bay Buccaneers team. Brady has been the most valuable player in the professional league three times, owns seven Super Bowl championship rings, and is considered by many to be the greatest football player in all of history.

Some of the companies that sponsor this brand new player are Under Armor, Aston Martin, IWC Schaffhausen, Molecule, UGG and Foot Locker Inc. Apart from this, Tom Brady has his own brand called TB12 focused on the creation of nutrition plans and training for high performance athletes.

Lewis Hamilton is a British-born Formula 1 driver. He has been world champion seven times with the McLaren and Mercedes-Benz teams, setting numerous records throughout his sports career.

Roger Federer is a professional tennis player of Swiss origin, and he is the winner of 20 titles in international tournaments organized by the International Tennis Federation, reaching the first place for several consecutive years.

This prolific tennis player has obtained great sponsorships from companies such as Nike, Rolex, Moët & Chandon, Mercedes-Benz, Wilson, Gillette, Sunrise, Credit Suisse, Lindt and NetJets, in addition to this he owns his own sportswear brand called On Running.

Neymar is a Brazilian soccer player and is the current forward for the Paris Saint-Germain team of the French League. Throughout his professional career he has stood out as one of the best soccer players in the world, receiving important decorations such as the golden boot and the Olympic gold medal.

This player obtains a significant sum of money thanks to his sponsors among which are: Nike, Qatar National Bank, Beats by Dre, Red Bull, McDonald’s, Gillette, Honda, Puma, Mastercard, Panini, Air Jordan and Matel.

LeBron James is a successful basketball player belonging to the Los Angeles Laker NBA team, and is currently considered one of the best basketball player of all time. LeBron is also known for his great business sense making significant investments in the Boston Red Sox teams and Liverpool FC.

In addition to this, he owns his own film company called SpringHill Entertainmen, the media company Unninterrupted, the food chain Blaze Pizza, and the sports nutrition company Ladder.

Dak Prescott is a player in the Professional American Football League, he belongs to the Dallas Cowboys team where he plays as a quarterback. Throughout his career he has broken several NFL records and has managed to lead his team to first place in the national championship for several years.

This brand new player has a sponsorship portfolio that includes large companies such as DirecTV, Sleep Number, Pepsi and Seven Eleven. In addition to this, Prescott has announced that it will make significant investments in the Walk-On’s restaurant chain.

Cristiano Ronaldo is a soccer player who currently belongs to the Juventus team of the Italian league. He is considered one of the most complete players and scorers in the history of football, obtaining important awards throughout his fruitful sports career.

Lionel Messi is a soccer player of Argentine origin, currently playing with the FC Barcelona team and has been listed as one of the best players of all time, receiving important awards throughout its history, such as the soccer ball. Gold, Golden Boots, FIFA World Player, Laureus World Sports and The Best FIFA.

Conor McGregor is a fighter specializing in mixed martial arts and has been a multiple UFC league champion in the featherweight and lightweight category. Despite receiving significant sums of money for his fights, his main source of income is the business and sponsorships of different companies including DraftKings, Roots of Fight, Dystopia and Whiskey Proper Twelve.

Join millions of others and stay up to date with the latest developments.
[mc4wp_form id="682"]

We use cookies on our website to give you the most relevant experience by remembering your preferences and repeat visits. By clicking “Accept All”, you consent to the use of ALL the cookies. However, you may visit "Cookie Settings" to provide a controlled consent.
Cookie SettingsAccept All
Manage consent

This website uses cookies to improve your experience while you navigate through the website. Out of these, the cookies that are categorized as necessary are stored on your browser as they are essential for the working of basic functionalities of the website. We also use third-party cookies that help us analyze and understand how you use this website. These cookies will be stored in your browser only with your consent. You also have the option to opt-out of these cookies. But opting out of some of these cookies may affect your browsing experience.
Necessary Always Enabled
Necessary cookies are absolutely essential for the website to function properly. These cookies ensure basic functionalities and security features of the website, anonymously.
Functional
Functional cookies help to perform certain functionalities like sharing the content of the website on social media platforms, collect feedbacks, and other third-party features.
Performance
Performance cookies are used to understand and analyze the key performance indexes of the website which helps in delivering a better user experience for the visitors.
Analytics
Analytical cookies are used to understand how visitors interact with the website. These cookies help provide information on metrics the number of visitors, bounce rate, traffic source, etc.
Advertisement
Advertisement cookies are used to provide visitors with relevant ads and marketing campaigns. These cookies track visitors across websites and collect information to provide customized ads.
Others
Other uncategorized cookies are those that are being analyzed and have not been classified into a category as yet.
SAVE & ACCEPT